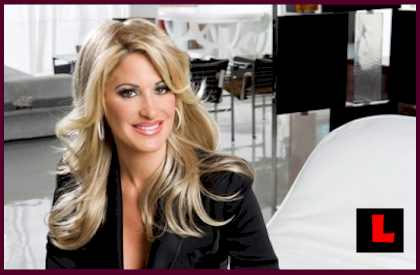 Kroy Biermann is a 24-year old defense end for the Atlanta Falcons with seven sacks over his first two seasons.
Not shabby, but not impressive enough to get the young NFL player noticed across the Internet.
That could at least explain why Biermann has taken the arm of 32-year old Kim Zolciak. According to In Touch Weekly, The Real Housewives of Atlanta cast member has been dating the professional baller for about two months.
A source says the pair attended the wedding

of Zolciak’s co-star, Cynthia Bailey, on Saturday, and were spotted “laughing, kissing and have a great time together.”

Dude better get a lock box for that wallet. More importantly, does this mean it’s finally over with Big Poppa?
Spread the love