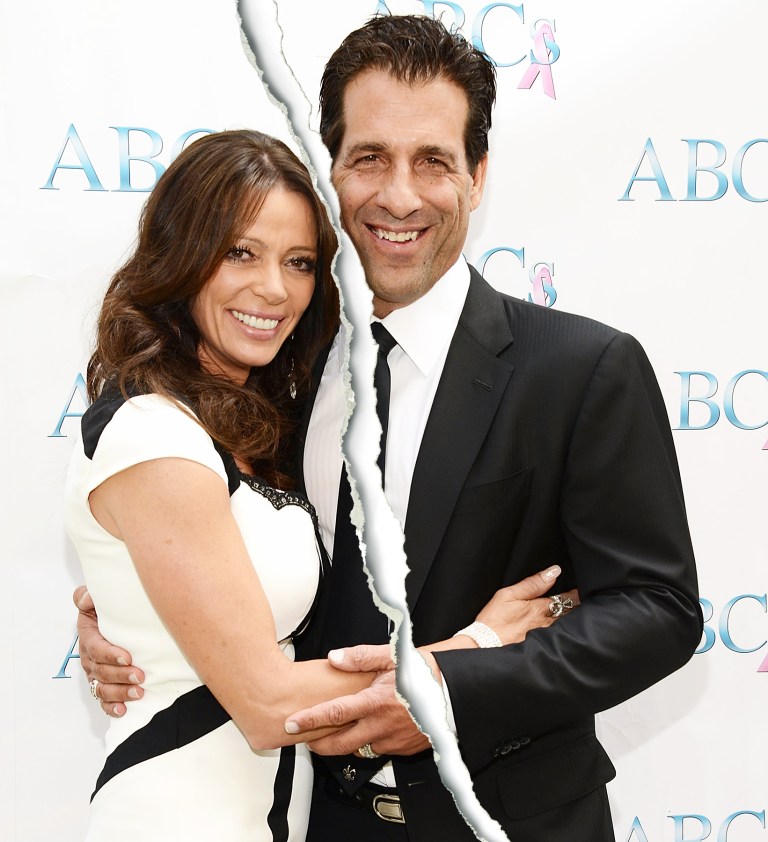 According to court documents obtained by Us, David filed for the dissolution of their marriage in the Los Angeles Superior Court on Tuesday, November 28, citing irreconcilable differences. A source confirmed to Us in August 2016 that the former couple had been broken up for a year, though they still lived together at the time. However, their date of separation is listed in the divorce papers as September 16, 2017.

The Real Housewives of Beverly Hills alum, 44, and her estranged husband share daughters Destiny, 15, and Mysteri, 14, and son Cross, 6. He is requesting joint legal and physical custody of their three children.

Carlton starred on the Bravo reality series’ 4th season, which aired from November 2013 to April 2014. During her brief stint on the show, she often clashed with several of the woman, specifically mainstay Kyle Richards. Carlton and costar Joyce Giraud were both fired after just one season.

“Decisions were made and Joyce and Carlton have been informed that they’re not coming back,” a source exclusively told Us in 2014 of the former Miss Puerto Rico, now 42, and the British Wiccan.


These days, the cast of RHOBH includes Richards, Lisa Vanderpump, Erika Girardi, Lisa Rinna, Dorit Kemsley and newcomer Teddi Mellencamp Arroyave. Additionally, Camille Grammer will return for the first time since season 2 as a friend of the Housewives. Season 9 premieres on Bravo on December 19 at 9 p.m. ET.

RELATED:  Carlton Gebbia’s Daughters Are All Grown Up and Ready to “Kick Arse”