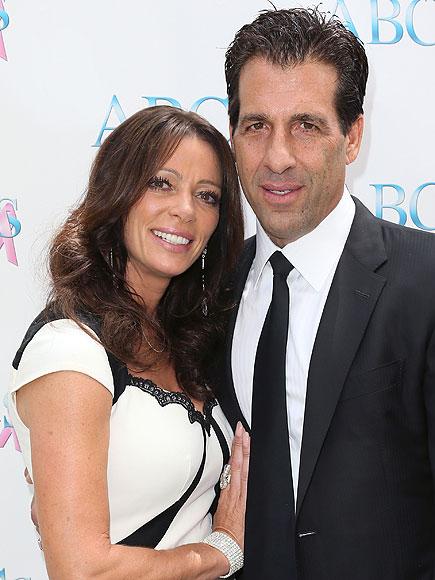 Former Real Housewives of Beverly Hills star Carlton Gebbia has separated from her husband, David, a source close to the reality star confirms to PEOPLE.

“Carlton and her husband have recently separated but are living together under the same roof for the wellness of their children,” the source tells PEOPLE of the couple, who have been married for 18 years.

News of the couple’s separation, which was first reported by Entertainment Tonight, comes days after the mother of three was temporarily hospitalized on Friday following an allergic reaction. (According to the source, she was released within hours and returned to work the next day.)

The Bravo personality appeared on RHOBH season 4, which featured her relationship with husband David and her role as mom to Destiny, Mysteri and Cross.

Gebbia, who grew up in England and South Africa prior to moving to Los Angeles to pursue a career in acting, previously described her husband to Bravo as “truly [my] soul-mate.”