RELATED: These Are the Beauty Products Yolanda Hadid Uses for a “Perfect Night” In

RELATED: How Does Yolanda Hadid Feel About Kendall Jenner Hooking Up With Her Son Anwar?

RELATED: Former ‘Real Housewives of Beverly Hills’ Stars: Where Are They Now?

There are rumors swirling of a “Real Housewives of Miami” reunion.

A source tells us that stars Marysol Patton, Alexia Echevarria, Lisa Hochstein and Adriana de Moura — who had not been in the same room together since 2013 — met with Matt Anderson and Nate Green, the heads of production company Purveyors of Pop at Soho Beach House where “the main topic of conversation was a potential reunion.”

RELATED: Real Housewives of publishing: Every book ever written by the Bravo reality stars 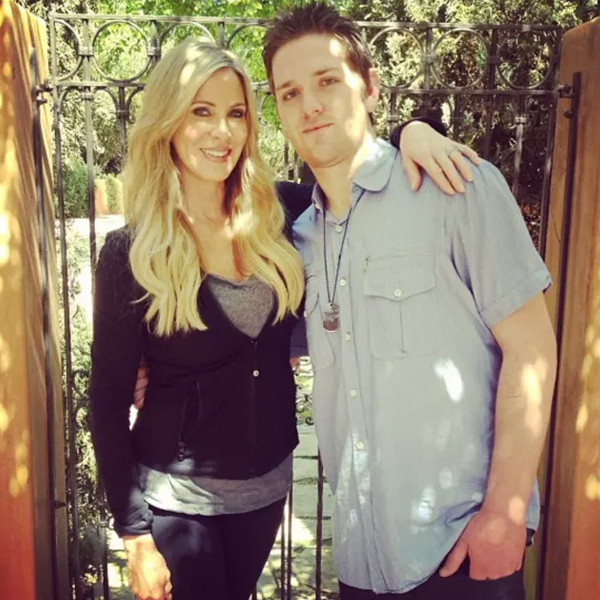 Waring, 29, is facing three counts of attempted murder and other felony and misdemeanor charges in connection with a shooting at a former sober-living home in Costa Mesa in June 2016, according to Orange County Superior Court records.
Waring could face multiple life sentences if convicted.

His mother was a cast member on Bravo’s Orange County-based reality TV series from its debut in 2006 until 2008.

A man identified only as Daniel L. was seriously injured in the shooting in the 2900 block of Babb Street.

Witnesses told police that Waring had left the house, described as a “drug crash pad,” after a confrontation with a resident but returned around 2:30 a.m. June 20 in a BMW X3 belonging to his girlfriend, authorities said. Shots were fired at three people outside, authorities said.

Waring was arrested about eight hours later after a police pursuit through Santa Ana.

RELATED:  The Very Real Troubles That Have Plagued Kids of The Real Housewives Franchise

RELATED: Yolanda Hadid Met Her ‘Cute’ New Boyfriend When He ‘Magically’ Rang the Doorbell at Her Farm

RELATED: Kelly Dodd Offers an Update On Her Split from Michael Dodd and What Her Next Move Might Be

RELATED: David Foster Tells RHOC’s Kelly Dodd to Exit His Car When She Attempts to Sit in Passenger’s Seat

RELATED: 7 Bombshells From Yolanda Hadid’s Memoir You Have to Read to Believe Yolanda Hadid is opening up about her four-year marriage to David Foster and why things suddenly ended in 2015.

The former Real Housewives of Beverly Hills star spills all her secrets in her new memoir, Believe Me: My Battle with the Invisible Disability of Lyme Disease.

From her ongoing health battle to the troubles in her marriage, the mother of three holds nothing back in the book, which is expected to be released this September.

The 53-year-old’s Lyme disease battle has been well documented on RHOB, but very few know just how painful and emotional the journey has been for the former model.

“Too many nights I found myself lying naked on the bathroom floor, the only relief being the cold tiles on my bare skin, wondering how much more pain I could take and how many more days, months, and years I could suffer,” she writes in the book, which was obtained by the Daily Mail.

“There were plenty of times when I thought that I wouldn’t make it through the night alive, and others where I wished and prayed that I would die.”

Not only would she spend days inside, she experienced hair loss, among other grueling symptoms.