RELATED: RHOC Cast Salaries are Revealed! Plus is the Entire Cast in Danger of Being Fired? Get Details of the Latest Casting News

RELATED: ‘The Real Housewives’: The One Characteristic You Must Have to Be Cast on the Show 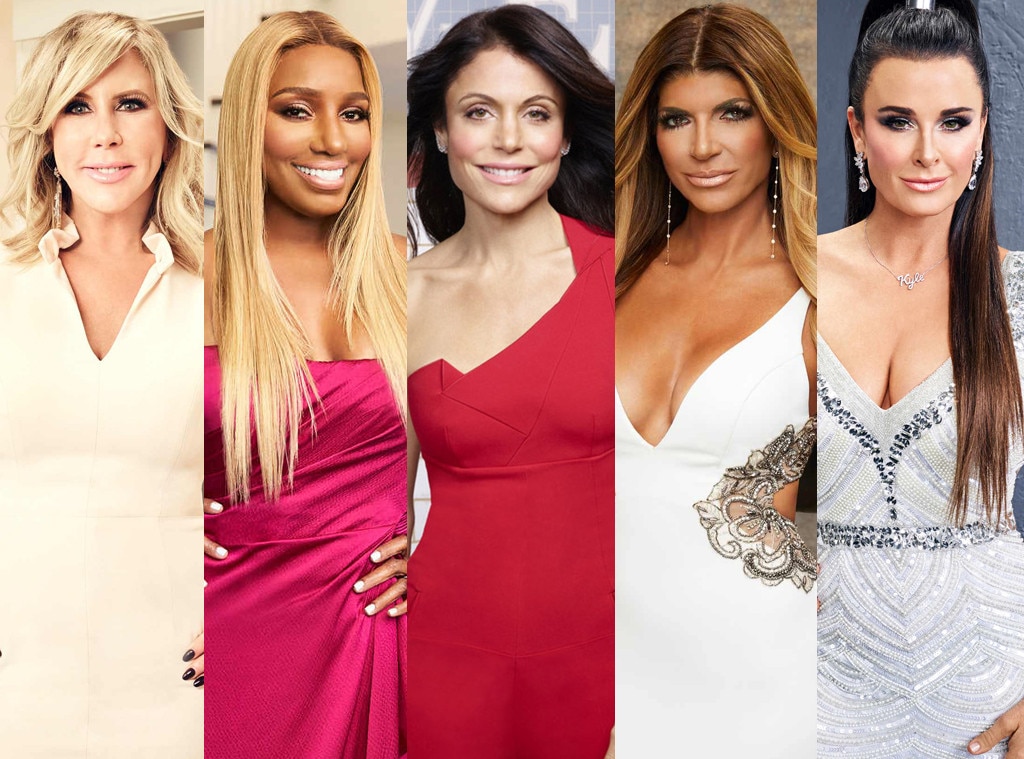 Bravo has got a brand new bag full of shows to fill up its now seven-night programming schedule this fall, including yet another “Real Housewives” series — but this one comes with a retro twist.

The slate includes “Real Housewives of the 1960s,” an “imaginative docu-series, a cast of modern women will be sent back to the 1960s to experience the ultimate era of the American Housewife,” and “Gold With Envy,” a reality show that follows the personal life of the host of ‘The Breakfast Club” radio show, DJ Envy.

RELATED:  Bravo Drags You Kicking and Screaming Back to the Past With Real Housewives of the 1960s 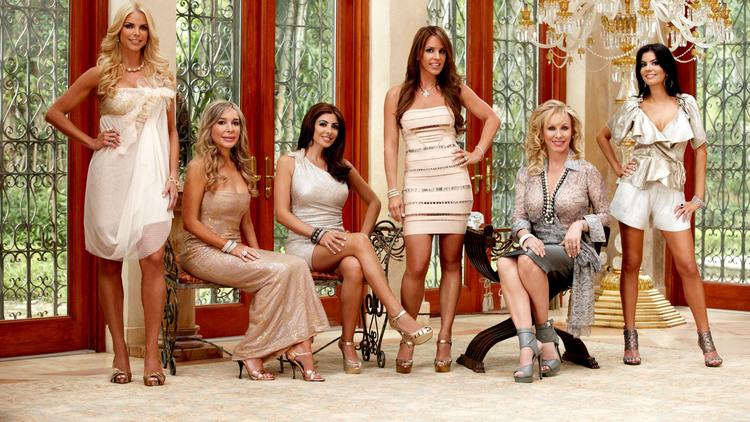 The ‘Real Housewives‘ are headed back to the Sunshine State, but it won’t be to Miami.

TMZ has learned that Bravo has already hired casting directors for a new franchise in Florida, but they aren’t set on a location. West Pam Beach, Fort Lauderdale and Boca Raton are all on the table.

What Bravo’s looking for is drama and they’ll go wherever they can find good storylines. Miami had a 3-season run and produced household names like Joanna Krupa and Larsa Pippen, but the ratings were terrible.

Fact is … Miami really is an attractive option, what with South Beach. But in the Housewives world, the city is tainted, so it’s off to greener pastures, or intracoastals.

RELATED:  Why ‘The Real Housewives’ should be filmed in South Florida again

We’d heard it was a possibility but now the pain is Real — the Real Housewives Live Tour has been canceled.

If you were one of the very, VERY few who bought tickets, you may have noticed your event was dropped from the schedule. But it isn’t just you.

The tour featuring RHOA’s Cynthia Bailey, Kandi Burruss, and Kenya Moore, along with RHONY’s Sonja Morgan and Dorinda Medley just didn’t have enough fans on board, so every date has been scrapped.

Just take a look at the Ticketmaster schedule:

Fans who were looking forward to the event shared their annoyance on Twitter, writing:

RELATED:  Kareem Abdul-Jabbar has plenty to say about the ‘Real Housewives’ There’s always plenty of drama among the ladies of The Real Housewives of Beverly Hills, but let’s not forget how much friendship there is, too. It has been particularly lovely to see Kyle Richards‘ friendship with Erika Girardi bloom even more this season. We mean, when someone treats you like a VIP on a Grecian getaway, that pretty much seals the deal that you’re going to be friends for life, right?

But Kyle recently told The Daily Dish that she initially bonded with Erika on a deeper level. “From the moment Erika joined the show, I immediately liked her. We both had in common that we had our kids really young, and we just sort of started bonding over being young moms. I just liked her,” Kyle gushed. “Now that she’s been on the show, it’s her second season, we’ve gotten closer and closer and I’m really enjoying my time with her.”

And that fab trip to Greece certainly helped. “We had so much fun, we really did,” Kyle said. “Each trip and each time with any of the Housewives when we travel, people get closer and you learn a lot about people, and I think you could see that we enjoy each other’s company.”

Though we’re slowly peeling back the layers on Erika this season, Kyle said that she feels like they’ve gotten to a place where the club hit queen can be more open with her. “Erika lets down her guard more with me, I think, just because we hit it off right away. I think coming into the Housewives, a lot of women have a lot of distrust. I don’t know why,” Kyle said with a laugh. “Lisa Vanderpump and I have been there for seven years, and I see the newbies come in. I feel bad for them. I think, ‘God, it must be kind of weird to step into this arena and some people have never even been in front of a camera before,’ so it can be scary. So it takes a little while to get close to people, but I think Erika and I just kind of clicked right away.”

Kyle also teased what we can expect to see from the usually calm, cool, and collected Erika during those surprising teary moments of hers featured in this season’s trailer. “Each season you get to know each Housewife more and more, I think, and with Erika, she let her guard down a little bit more towards the end of the season,” Kyle said. “So I think the audience will see another side of her, and she’s gonna open up.”

RELATED: From Scary Island to South Africa: The Definitive Guide to Every Real Housewives International Incident

RELATED: Can a Satire of ISIS Possibly Be Funny? BBC Viewers Are Split

Forget diamonds and rosé, this year the Real Housewives Awards are all about the red, white, and blue. For the third annual event — which, of course, is a celebration honoring the most unforgettable and buzziest moments from recent seasons — the Real Housewives Awards is putting its own spin on the presidential election. How? Well, with categories like Secretary of Shade, Speaker of the Housewives, and Plastic Surgeon General, and the fact that one of the women will be voted into the highest office in all the land: President. Yes, president.

Bethenny Frankel, Kandi Burruss, Lisa Vanderpump, Teresa Giudice, Karen Huger, LeeAnne Locken, and Vicki Gunvalson are all vying for the distinction. Other important categories include Chief of Staff, Director of Housewives Relations, Secretary of the Interior Design, Style Ambassador, Head of the Real Bureau of Investigation, and Chief of Laughs.

Starting October 4, you can vote at BravoTV.com/RHAwards or vote via the Bravo Now app. And, yes, every vote counts. So get to it!

This year’s Real Housewives Awards will culminate in a special edition of Watch What Happens Live airing Monday, November 7 at 11/10c. Andy Cohen will not only be announcing the winners in each category, but he’ll also have the honor of swearing in the first Housewives President.

Before that fateful day, fans can check out even more content on BravoTV.com, including our candidates’ stances on The Issues as well as passionate campaigns from some of the biggest Housewives superfans. The time is now, so get out and vote!

RELATED: We Ranked All 96 Real Housewives—Did Your Fave Make No. 1?

Everything’s bigger in… While there have been shows in Orange County, Beverly Hills, New York City, Atlanta, and New Jersey (plus, RIP Miami and Washington, D.C.), never have the Real Housewives hailed from the great state of Texas — until, possibly, now! A Housewives source exclusively tells Us Weekly that the next city for the Bravo franchise will be Dallas.

“All of the filming has been done, and it will be announced soon,” the source dishes.

“I do [think there will be a new Housewives city], sooner than you think,” he noted.

And though fans would clearly love a Dallas installment of the Housewives empire — the hair! the ranches! the cowboys! — Bravo could go in the direction of Housewives-adjacent shows like Ladies of London or Married to Medicine for this new Dallas-set series.

Bravo Media today announced the launch of the second annual “Real Housewives Awards,” a celebration dedicated to honoring the most unforgettable and buzziest moments from recent seasons of “The Real Housewives” franchise. Fans can visit BravoTV.com/RHAwards or access the Bravo Now app to vote for their favorite moments and Housewives. This year, Bravo has five new awards with a total of 11 categories (listed below).

· Rookie of the Year

On Monday, September 14 at 11pm ET/PT, Bravo will air a special “Watch What Happens Live” episode devoted to the “Real Housewives Awards.” Host Andy Cohen sits down with Ramona Singer and Tamra Judge to announce several of the winners including “The Lifetime Achievement Award,” “Rookie of the Year,” “OMG Moment” and “Most LOL-Worthy.” The remaining honorees will be revealed along with the full list of winners that night on BravoTV.com, Facebook and Twitter.

The cast of Real Housewives of Beverly Hills has added another beautiful blond to its lineup.

E! News has learned that Erika Jayne will be the newest face seen on the hit Bravo series during the new season. However, it’s too soon to tell if she’ll join the show as a Housewife or become a supporting cast member.

Jayne, a singer with eight No. 1 dance songs on the US Billboard Club/Dance chart, and her husband are friends with RHOBH stars Yolanda and David Foster, and a source tells E! News she’s already begun filming with the cast.

“She brings a young energy,” the source tells us. “And she has sex appeal. She’s married but she loves to party and have fun.”

As we already know, we’ll be missing some familiar faces for season six. Back in June, E! News exclusively confirmed that our favorite unfiltered blond, Brandi Glanville, would not be returning to the series as a fulltime Housewife.

Brandi joined the cast as a “friend” of the Housewives in season two and instantly clashed with many women, including Kyle and Kim Richards. Once season three came, she was promoted to a fulltime cast member and remained on the show up until last season.

Kim, who has openly been struggling with her sobriety, will also not be returning as a fulltime cast member. “Kim is fine with not returning. She knows she needs to focus on her health right now,” a source told us at the time.

Amy Schumer has been making the late-night rounds promoting her new movie Trainwreck, but you wouldn’t be faulted for thinking she’s promoting the Real Housewives franchise instead. After poking fun at the series with a fake audition video, she and co-star Bill Hader and director Judd Apatow acted out a scene from Real Housewives of New York during an appearance on Andy Cohen’s Watch What Happens Live. Schumer played Sonja Morgan, Apatow played Countess LuAnn de Lesseps and Hader played Bethenny Frankel, and the result is as over-the-top and ridiculous as the show they’re parodying.

RELATED: Real Housewives All-Stars Needs to Be a Show—Here’s Our Pitch, Thank Us Later

Taking a minor break from the usual posts here to ask that if you have some spare time (roughly 8 to 10 minutes), please do a fellow loyal reader a favor and take her survey on The Real Housewives franchise. This survey will assist the reader in her dissertation and needs to be done by this Sunday.

Your participation is greatly appreciated.