RELATED: These Ladies Said Goodbye to The Real Housewives in 2018

RELATED: Meghan King Edmonds Shares an Update on Her Marriage to Jim Edmonds: ‘We Still Got it’ 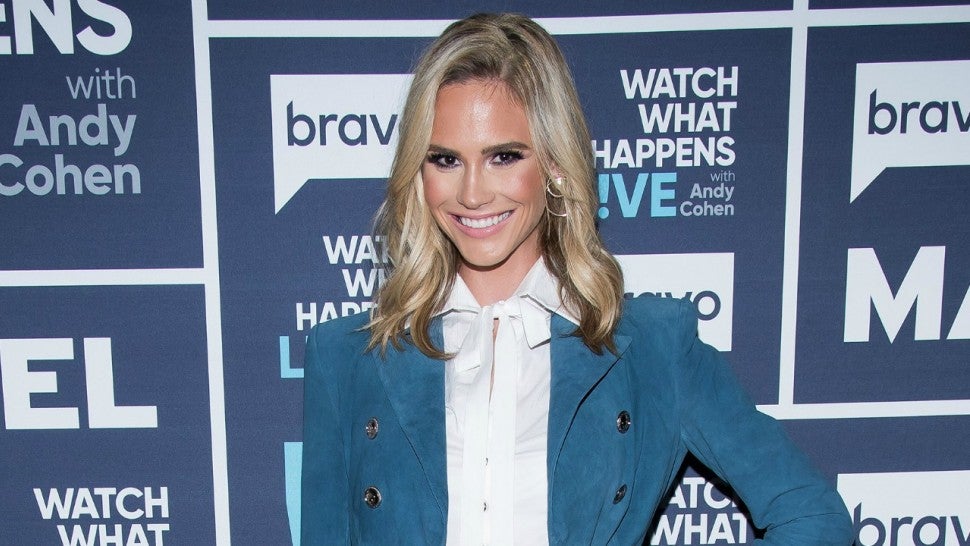 Meghan King Edmonds is in mommy bliss following the June 6 birth of her twin boys, Hayes and Hart. But along with the cuddles and coos, Meghan is facing challenges like any newborn parent does. And she recently opened up to fans about a health scare her family had.

On June 23, The Real Housewives of Orange County alum posted a photo of her gleeful daughter Aspen, who was feeding her new baby brother with a bottle. “I’m as happy as a toddler feeding a real baby while stealing his paci!” Meghan wrote.

In a heartfelt message, the mom of three went on to explain that she and husband Jim Edmonds had just gotten good news regarding the health of their son Hart. “Even babies born at 37 weeks aren’t truly considered ‘full term’ and we had a scare with Hart’s test results but he got retested and is fine,” she said. Whew!

Meghan went on to send out good wishes to any parents dealing with a similar situation. “My heart and prayers go out to all the families whose babies are experiencing any health hardships, waiting on results, or dealing with watching your baby in the hospital. You all are stronger than you know,” she wrote.

RELATED: Meghan King Edmonds Has Been Texting with This Real Housewife of Orange County Since Welcoming Her Twin Boys

“1 little foot each,” Edmonds, 47, posted on his Instagram story. “They made it. Everyone is safe and healthy.”

King Edmonds later followed suit, sharing a the first glimpse of the newborns on Instagram.

The new additions join big sister Aspen, who was born in November 2016. The Bravo personality confirmed she and Edmonds were expanding their family last December.

RELATED:  Meghan King Edmonds’ Daughter Aspen Is Prepping for the Arrival of Her Twin Brothers

Meghan King Edmonds is hanging up her Housewives hat.

On Tuesday, the Real Housewives of Orange County star announced that she’s stepping away from the Bravo show after three seasons, explaining her “bittersweet” decision in a lengthy blog post.

“I arrived at this multi-faceted decision after much thought, and then I thought some more,” she said. “As you might suspect filming this show takes a massive emotional toll: I’m literally filming my real life in real time and engaged in situations and circumstances which can be contentious. Then, when the show airs, we relive some trying of the most trying moments in our lives and then endure the public’s reaction; we never come out as winners to every viewer.”

Edmonds, 33, also said the show took a “physical toll” on her as she underwent IVF treatments in season 11, and experienced the busy life of a new mom after welcoming daughter Aspen King Edmonds in season 12.

“Filming is grueling!” she admitted. “After my first season I knew what to expect for round two, but even still, filming during IVF and then the beginning of pregnancy during my second season was difficult. I was hormonal and tired all the time. But my third season takes the cake: I had a newborn and had to hire a full time live-in nanny (my cousin) so as to allow me the flexibility to meet my obligations of continuous days and long hours of filming, traveling, etc.”

“My mind was often foggy as I filmed but I put on a great face and did it because I loved being a Housewife and was so grateful for my opportunity,” she said.

Isn’t this the second time that she announced that she’s leaving ‘RHOC’?

Meghan King Edmonds is getting not one, but two sons!

Among the family are signs bearing the messages “Our family is growing by four feet and two heartbeats” and “Edmonds twin boys June 2018.”

King Edmonds announced on her blog in late November that she and Edmonds, 47, were expecting a son after undergoing in vitro fertilization again.

“It was so hard for us to keep it a secret from everyone especially since we shared our entire IVF journey with Aspen on RHOC from the very beginning,” she wrote.

“Tonight on the RHOC reunion you’ll see that I’m only one month pregnant, but that was filmed five weeks ago: we are now 10 weeks pregnant (and I’m feeling every bit of it)!” added King Edmonds.

It was “game friggin’ on” between Meghan King Edmonds and Lydia McLaughlin in Part 1 of The Real Housewives of Orange County Season 12 reunion. The OC ladies disagreed over Lydia’s behavior toward Meghan’s friend Mystic Michaela, who is an aura reader and psychic medium (clip above). Meghan thought that Lydia didn’t treat her bud very well because she doesn’t believe in psychics. Lydia stood by her beliefs and maintained that she was friendly toward Mystic Michaela, even if she didn’t want anything to do with her aura readings.

Meghan shared what she took away from her conversation with Lydia during Part 1 of this season’s reunion and clarified what she meant by her own comments about her RHOC pal’s observance of Christianity on Instagram Monday. “I have an incredibly fulfilling and strong faith in God and in that faith I adamantly believe all groups of people should be treated equally,” Meghan explained. “I believe that right and wrong don’t need to be such a gray area if you just listen to the heart that God gave you and I trust that whatever faith you follow – or do not follow – that will you accept love above all.”

As for Lydia, she hasn’t said much about the tension that transpired between her and Meghan at the RHOC reunion, but it looks like she’s not going to let anything — or anyone — get her down. “This season has been a wild ride,” she wrote on Instagram Monday. “Grateful for all your love and support. #StayOnMyRainbow.”

The drama really amped up in Iceland during The Real Housewives of Orange County cast trip. It got so intense in the Nov. 6 episode that Peggy Sulahian left early. Peggy criticized Meghan Edmonds as a mother on RHOC, when she pointed out in front of the entire group that Meghan’s baby Aspen was “crying for 10 minutes” alone. Clearly the pressure got to her, but Peggy didn’t seem to realize how offensive she was being.

As a mother of three herself, Peggy should have some sensitivity talking to a new mother about her child, but that was not the case here. Tamra Judge came to Meghan’s defense by saying, “she’s doing a timing thing.” She even screamed “She’s training her baby!” in her “This is my opinion!” voice. Peggy did not seem to grasp why every other person in the group was defending Meghan, who was crying her eyes out.

After such an explosive episode, it made sense to check Meghan’s Twitter account to see her public reaction to Peggy’s mommy-shaming. Unfortunately she didn’t tweet anything about that (yet), but she did “like” a tweet mentioning the Ferber Method. An article from Parenting Science breaks down the training concept. According to the site, the Ferber Method involves parents leaving their children alone for intervals that are timed. They are not supposed to go to their babies, even if they fuss and cry. Theoretically, the children learn to sooth themselves.

Peggy obviously wasn’t aware of this, but actually seemed to believe that Meghan was neglecting her child to drink with her friends. But Meghan and her cousin/babysitter Bridget knew exactly what they were doing by letting Aspen cry it out. They were simply training Aspen to modify her behavior. As a mother, it’s her choice how she wants to raise her child.

RELATED:  Is Peggy Sulahian on her way out of ‘The Real Housewives of Orange County’?

Kelly Dodd is a single lady! As previously reported, The Real Housewives of Orange County star recently announced that she plans to file for divorce of husband of 11 years, Michael Dodd. But that’s not stopping her from having a good time!
She came by Us Weekly’s New York City headquarters and was a good sport as she played a game of “Marry, Date or Ditch.” The twist though? She had to choose from all the husbands – past and present – from the Real Housewives franchises.
The Bravo star, 42, held nothing back with her responses. Watch the video to see who she wants to marry, date or ditch!
The Real Househusbands of Orange County
Terry Dubrow: “Ditch Terry Dubrow ‘cause he’s pompous.”
David Beador: “I would probably date. ‘Cause he’s cute. But he doesn’t talk so we would have to just date.”
Eddie Judge: “Eddie is just marriage material!”
The Real Househusbands of New Jersey
Joe Giudice: “The guy in the clink? No. I would totally ditch the goomba.”
Joe Gorga: “I’d marry him because he’s cute and got a good body.”
Chris Laurita: “Date him.”

RELATED:  Kelly Dodd Accuses Meghan King Edmonds of Having an Affair With Jim Edmonds While He Was Still Married

RELATED: Lydia McLaughlin Claps Back at Shannon Beador and We’ve Never Seen Her Get So Fired Up