NeNe Leakes and Kim Zolciak-Biermann have provided so many unforgettable moments during The Real Housewives of Atlanta reunions over the years. Need we remind you of “Close your legs to married men”? Well, this season will definitely be no exception.

After all of the tension that has boiled up between them in Season 10 of RHOA, especially Roachgate, the two Georgia Peaches will finally come (literally) face-to-face to hash out their issues at this season’s reunion. And as you can see from the sneak peek of the reunion above, it should go about as well as any of us expected.

Cynthia Bailey teased NeNe and Kim’s confrontation at the reunion during a recent interview with Us Weekly. “Kim tried to tear her down. It got so crazy!” she shared. “I’d be shocked to see them become friends again.”

That’s not the only drama we’ll see when the three-part RHOA reunion kicks off on Sunday, April 8 at 8/7c. And it looks like it’s enough to cause Eva Marcille to have her baby right there and then. “I need them to calm down so I do not have a reunion baby,” Eva joked. 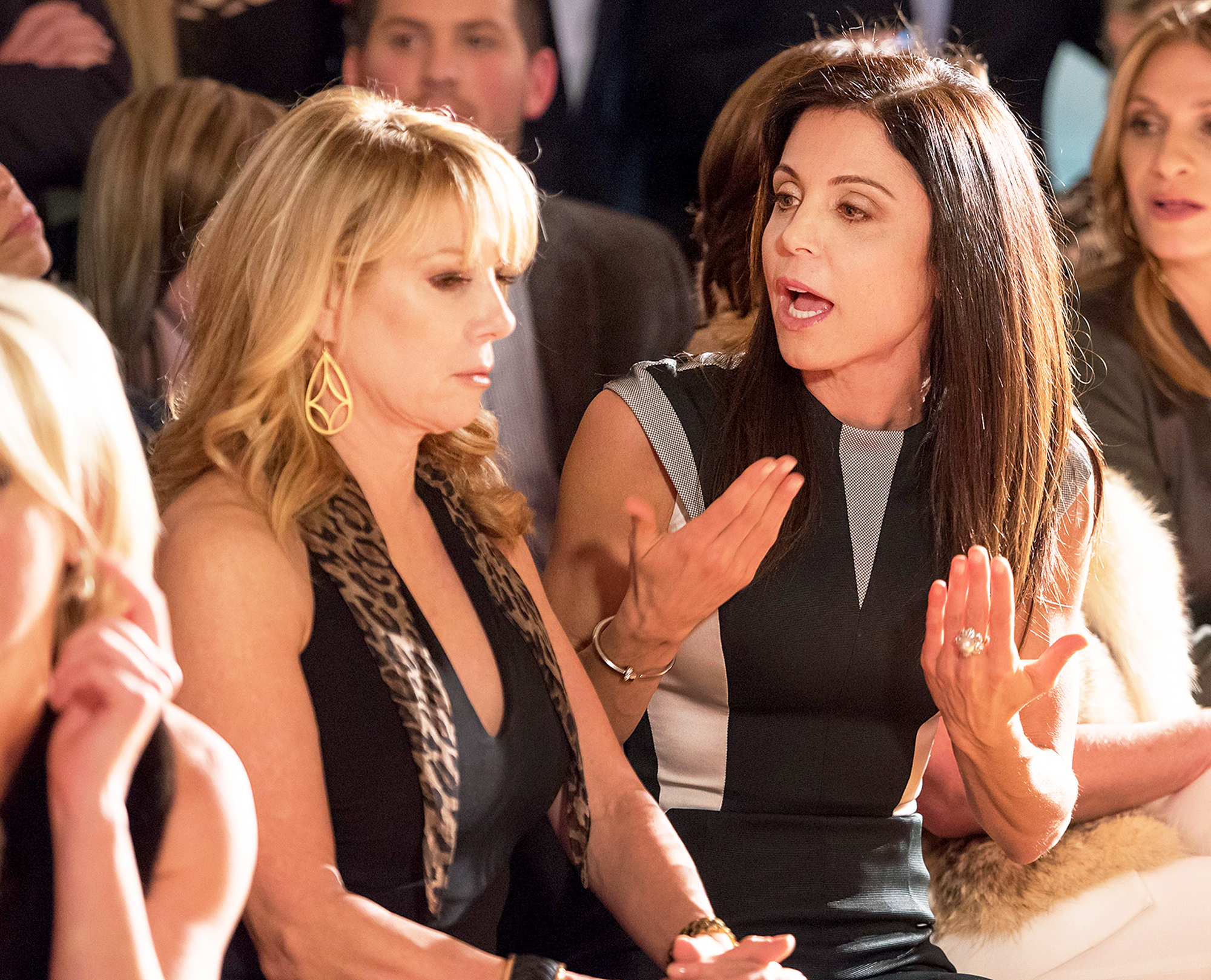 In case you missed … Us! Each week at Us Weekly we talk to some of the hottest celebs and dish about pop culture, reality TV, relationships and a whole lot of drama, while getting all the latest news! We compile some of our favorite interviews and highlights into our podcast In Case You Missed Us. Listen above!
This week it’s all about the ladies here at Us Weekly. We’ve got The Real Housewives of New York City star Ramona Singer, everyone’s favorite Bachelor villain Corinne Olympios and famed prosecutor Marcia Clark.
With The Real Housewives of New York City  gearing up for its 10th season (April 4), veteran housewife Ramona Singer gave us the details on how the demise of Bethenny Frankel and Carole Radziwill’s friendship will affect the dynamic of the group.
“A discord between Bethenny and Carole kind of affected the whole ambiance of the show, and all of a sudden this season, I’m like really close to Dorinda [Medley] and Carole,” Ramona told Us. “I don’t think we chose sides, I think things just happened organically. Whatever happened between Bethenny and Carole happened between them, and everything else just kind of happened organically.”
It appears that Ramona, 61, is still on the outs with the Skinnygirl creator as well, telling Us, “Bethenny’s just not happy, I mean she says she’s not happy, I mean she’s either crying or screaming … hopefully she’ll get happy.”

Jacqueline Laurita wants to speak for herself. The Real Housewives of New Jersey alum took to Twitter to clarify reports about why she isn’t returning to the Bravo reality series.

“I was asked by an executive producer what it would take for me to come back to #RHONJ…I said full time and a whole new cast. Lol! (Dolores [Catania] can stay.) I don’t like the direction it’s going in anymore,” Laurita, 47, tweeted on Tuesday, March 27. “I’m a very positive person & I’m very happy with my life. I love my family & I love my friends. I want to do positive things. I love sharing my journey & knowledge I’ve gained along the way. I love helping people and that’s what I am going to continue to do.”

Multiple sources told Us Weekly exclusively in January that producers had considered approaching Laurita and Caroline Manzo about coming back on the show. But two months later, Us confirmed that neither would return.

Laurita was one of the original Housewives when RHONJ premiered in May 2009. She was demoted to a friend of the Housewives in season 6 in 2014, only to return as a full-time cast member two years later. In April 2017, Laurita revealed that she had officially left the show, telling Entertainment Tonight that she no longer had “an authentic connection” with fellow OG Teresa Giudice and Melissa Gorga. Meanwhile, Manzo, 56, was a main Housewife for the first five seasons before starring in her own spinoff, Manzo’d With Children.

RELATED: Rickey Smiley Says He Would Date Porsha Williams — On One Condition

RELATED: Why Erika Jayne Has Zero Fear About the ‘Real Housewives of Beverly Hills’ Reunion

Luann de Lesseps is finding her cool after an uncool year!

Dressed in a nude diamanté dress and a tiara, de Lesseps opened her show with The Beatles’ 1967 hit “With A Little Help From My Friends” before transitioning into a medley of her hits for which she received a roaring response from the crowd.

“I feel so much love in here,” the mother of two said to the audience which included pals Michelle Collins, Sonja Morgan and Kelly Bensimon, as well as ex-boyfriend Jacques Azoulay who was in attendance with his girlfriend.

“I had a list of songs but had to reconsider ‘Jailhouse Rock,’” de Lesseps joked making reference to her arrest in Palm Beach, Florida, on Christmas Eve when she was charged with disorderly intoxication, battery on an officer/firefighter/EMT, resisting arrest with violence and threatening a public servant.

De Lesseps, who had married to ex-husband Tom D’Agostino in Palm Beach on last New Year’s Eve before their divorce seven months later, pleaded not guilty to the charges and a hearing is set for April.

Even through tough times, she channeled her experiences into positive can-do attitude specifically with humor. “I fought the law and the law won,” de Lesseps told the crowd, happily making fun of herself. “Crazy for thinking I could get out of those handcuffs.”

RELATED: Porsha Williams Would Only Trust One Atlanta Housewife to Set Her Up on a Date 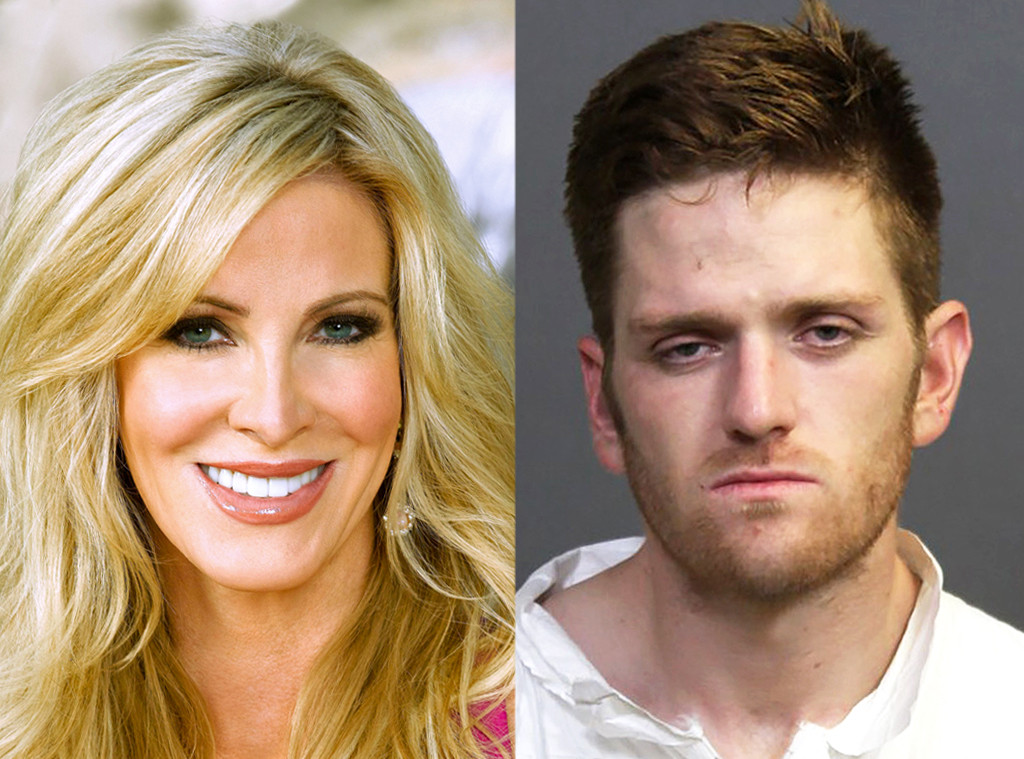 Back in 2016, Waring was arrested for allegedly shooting a man in Costa Mesa, Calif. and fleeing the scene in a stolen car. In addition to the attempted murder charge, he faced charges of battery, hit and run with property damage; resisting arrest and obstructing an officer; unlawful taking of a vehicle and, lastly, evading police and reckless driving.

Unfortunately, this wasn’t his only run-in with the law. Later that year, Waring was charged with possession of contraband while in prison after police said he “knowingly and unlawfully” had an alcoholic beverage in the men’s maximum-security jail.

“After keeping silent for nearly 2 years in regards to my sons arrest, I am going to begin laying out the facts of his case and how easily it is to be falsely accused,” Peterson tweeted.

When a follower asked the former Housewife to “let us know the truth,” the reality star replied “you will get facts only! I promise!”

“I will lay out the facts starting from the day of the arrest,” she added. “I’ll let you be the judge but it is going to take me time to organize and far to lengthy for one tweet.”