Days after her headline-making arrest, Luann de Lesseps is heading to rehab.

The Real Housewives of New York City star, 52, tells PEOPLE exclusively that she will be checking herself into a treatment facility.

“After the events of last Saturday night in Palm Beach, I am truly embarrassed,” she says. “I have decided to seek professional guidance and will be voluntarily checking into an alcohol treatment center. I intend to turn this unfortunate incident into a positive life changing event. Once again, I sincerely apologize for my actions. I have the greatest respect for police officers and the job they do.  My actions alleged in the police report do not reflect my core values and my law abiding character.
I am so grateful for the love and support that I am receiving from my family, friends and loyal supporters.”

De Lesseps was arrested Saturday and charged the following day with disorderly intoxication, battery on an officer/firefighter/EMT, resisting arrest with violence and threatening a public servant, according to the Palm Beach County Sheriff’s Office.

RELATED:  Sloppy and smirking Luann de Lesseps arrives in handcuffs and a soiled dress for court appearance after night in jail as judge orders her to stop speaking when she addresses drinking problem 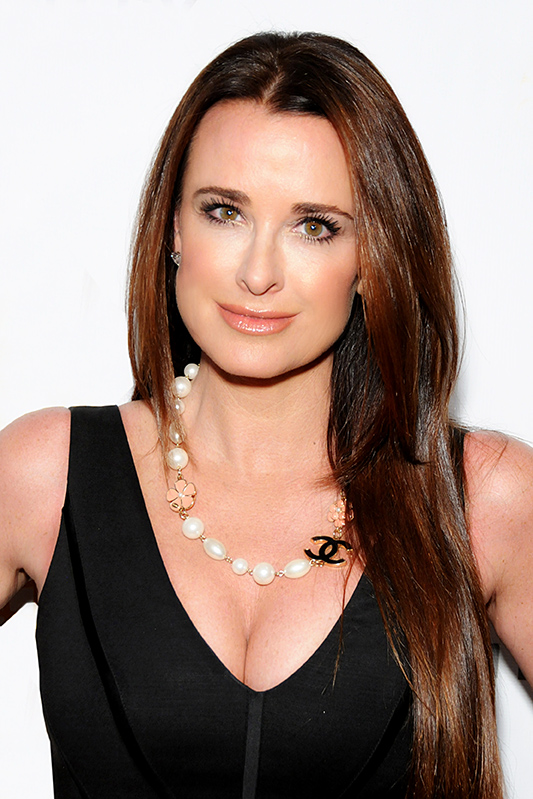 Over $1 million dollars in jewelry, including $150,000 worth of watches owned by Umansky, was stolen from the property, according to TMZ, which first reported the news.

The break-in was discovered by a housekeeper, TMZ reports. The property was reportedly broken into via a window, and the home security system was not armed, though a closet sensor triggered by the burglars clocked the incident around 1:15 a.m. local time. Surveillance camera footage is being investigated to help nab culprits.

The Los Angeles Police Department told PEOPLE they have no information at this time. A representative for Richards did not immediately return PEOPLE’s request for comment.

Richards, 48, and Umansky, 47, bought the property in October for $8.2 million, Realtor.com reported.

The former child star told PEOPLE at the RHOBH Season 8 premiere party on Dec. 15 that her family was still in the process of moving in and renovating the house.

“It’s taking forever,” she said. “There’s probably like 50 workmen in my house a day, so it doesn’t feel like a home yet. It’s a house still. So I’m waiting to make it my home.”

RELATED:  Kyle Richards Explains Why She’s Moving Out of Beverly Hills: ‘I Just Fell in Love’ 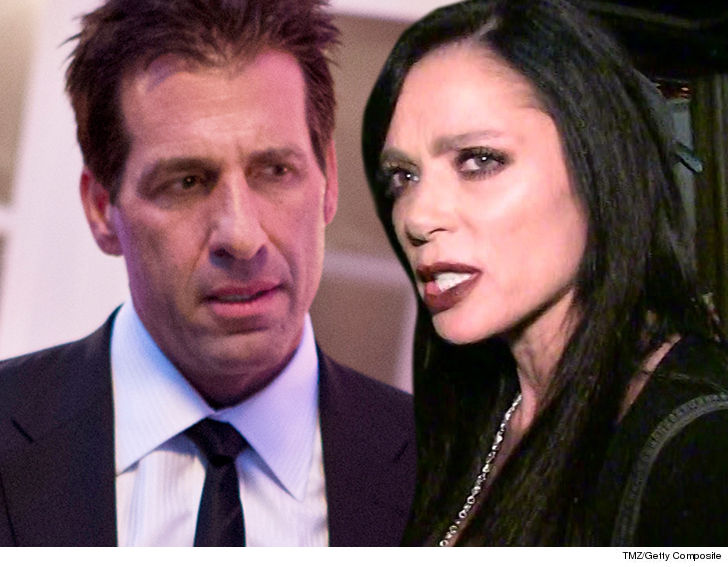 ‘Real Housewives of Beverly Hills‘ alum Carlton Gebbia mopped the floor with her housekeeper, and the maid’s now taking her to court … and she says Gebbia even tried to kill herself.

The housekeeper — referred to in the lawsuit as Jane Doe — claims she was hired by Gebbia back in 2011 and toiled for 6 years as a housekeeper/nanny/chauffeur/grocery shopper/assistant.

Jane Doe claims Gebbia was often under the influence of alcohol and repeated physically, verbally and emotionally abusing her, including slapping her. She says 4 months ago, without provocation, a drunken Gebbia attacked her at her Bev Hills home.

She says the trigger was when Jane Doe texted Carlton’s husband, David, and said Carlton had broken the TV in the movie room with a baseball bat. Jane Doe says when she tried to calm Carlton down, she became enraged, yelled at her and pushed her so hard, she fell against the door.
She says she was badly injured and was given 2 weeks off. She says the following month, she was fired.

Even more interesting … the maid says over the last 6 years, Gebbia attempted to harm herself … she mentions one incident in which she allegedly threw herself off the second story of her home.

We’ve reached out to Carlton’s rep … who said, “No comment.”

“Real Housewives of New York” star Luann de Lesseps drunkenly attacked a Florida cop after she was discovered trespassing in a hotel room — and in bed with an unidentified man, according to a police report released Tuesday.

De Lesseps, 52, and her male pal allegedly entered Room 407 at the Colony hotel in Palm Beach while a maid was finishing a turn-down service Saturday night.

A security guard who went to the room found the couple in bed there and told de Lesseps — who was registered to stay in Room 327 — and the man they had to leave, the report says.

Following “multiple attempts to get both subjects to leave over a five minute period,” the guard called for help, and two cops arrived around 9:20 p.m., finding de Lesseps and her longtime friend Julie Olson in the room.

Both women “appeared to be highly intoxicated,” and while Olson followed orders to leave, de Lesseps locked herself in the bathroom and refused to come out, the report says.

She finally opened the door when the guard began using a key on the lock, then allegedly shoved one of the cops — identified as “Officer O’Leary” — in the chest with her palm, then slammed the door on his face, “striking him in the forehead,” the report says.

After being handcuffed and put in the back of a police cruiser, de Lesseps allegedly slipped out of the shackles and tried to escape, screaming, “I’m going to f–king kill you” as the cops subdued her again.

And that makes three in the OC.

The pageant queen and her husband had been married for eight years and appeared on season nine of the Bravo franchise.

According to court documents obtained by Radar, the 37-year-old mom of two filed a petition for dissolution of marriage in October and her now-ex, also 37, has yet to respond.

Something must be in the water in Orange County as Rovsek is the third “Housewife” to recently split from her significant other.

Kelly Dodd divorced her husband Michael for the second time in September and Shannon Beador split from her husband in December after multiple attempts to move on from his affair.

RELATED:  Gretchen Rossi and Lizzie to Return to ‘The Real Housewives of Orange County?’

RELATED: EXCLUSIVE: ‘I am happy NOT being the newbie’: Dorit Kemsley says she’s more ‘confident’ during next season of RHOBH as she ‘bonds’ with Erika Jayne

A star of the reality television series “The Real Housewives of New York City” apologized Sunday after she was arrested in Florida, saying her visit to exclusive Palm Beach brought up “long-buried emotions.”

De Lesseps, who lives in Sag Harbor, New York, was released on her own recognizance, according to jail records. Her next court appearance is scheduled Jan. 25.

The circumstances of de Lesseps’ arrest late Saturday in Palm Beach were not immediately available. The Palm Beach Post reported that a prosecutor said de Lesseps slammed a door and kicked at least one police officer, and she made threatening comments before she was arrested.

In a statement emailed by her spokesman Pete Sanders, de Lesseps offered her sincere apologies to anyone she might have offended with her behavior.

RELATED: RHOA’s NeNe Leakes Turned 50; She Upgraded From ‘Grocery Store Cake’ To A Masterpiece – Check Out The Pics & Vid To Find Out What It Is! 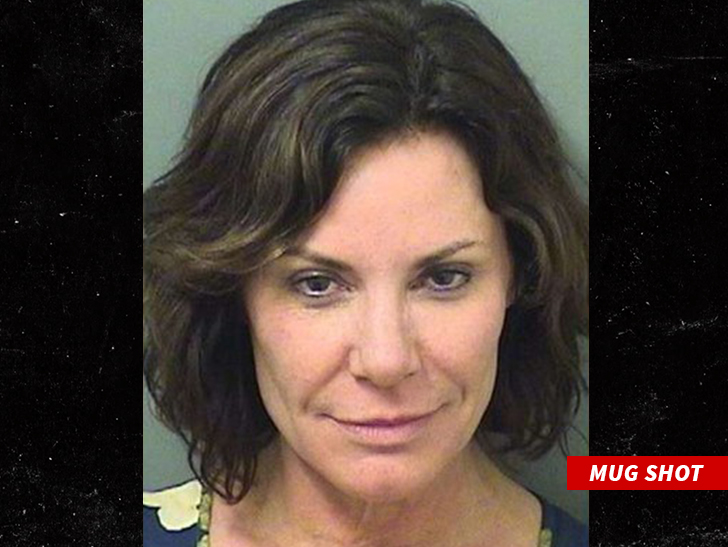 Countess Luann de Lesseps, one of the stars of “Real Housewives of New York City,” was busted for being drunk and disorderly and for attacking a cop.

The 52-year-old was in Palm Beach early Sunday morning when she allegedly went nuts,
Luann has a “Countess” title because she was married to Count Alexandre de Lesseps until their divorce in 2009.  She re-married last year but she and hubby Tom D’Agostino, Jr. called it quits earlier this year.

She has been released but is due back in court January 25th.

7:43 AM PT  – Turns out the charges are way more serious than just being drunk.  Luann’s been charged with 5 crimes, 4 of which are FELONIES — battery on a law enforcement officer, resisting arrest with violence, and 2 counts of corruption by threat.

She allegedly told cops and others, “I’m going to kill you all.”

Before being released, the judge suggested Luann might have a drinking problem, and then warned her not to incriminate herself by responding. 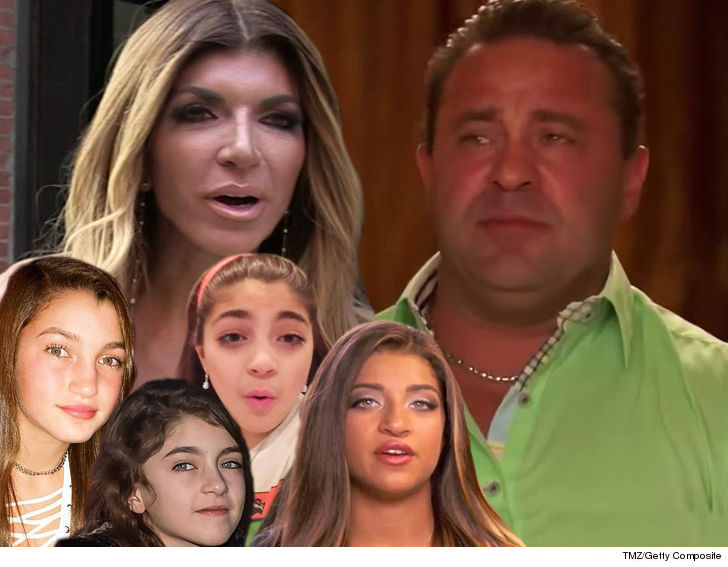 Teresa Giudice and her kids got a sad lesson about the crappy kind of red tape this holiday season … the kind that’ll keep them away from Joe Giudice for Christmas.

Sources familiar with the situation tell TMZ … the snag came last month when Joe was transferred from a federal prison in Fort Dix, New Jersey to another facility in Allenwood, Pennsylvania. Teresa had to submit new visitor forms for her and the kids.

Problem is … the process that goes into approving the paperwork moves at a snail’s pace and won’t be ready until after Christmas.

Plan B for Teresa, her dad and the kids is a trip to Mexico. If all goes as planned, they’ll celebrate Christmas with Joe in the New Year.

Until then, homemade Christmas cards headed for Pennsylvania will do. 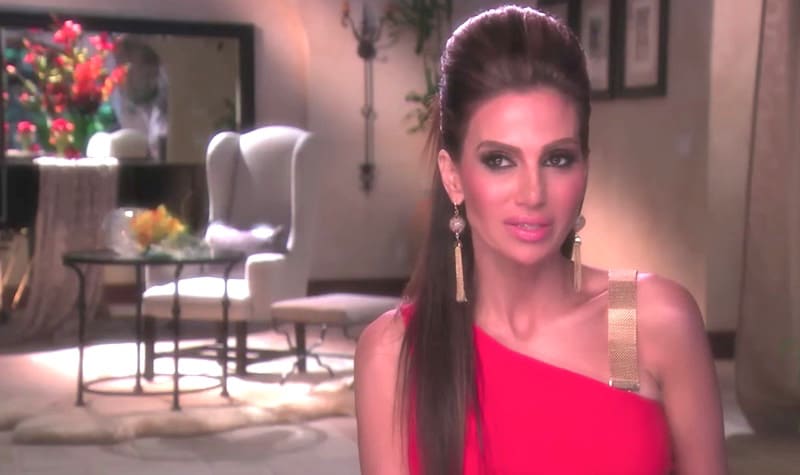 Peggy Sulahian beat the crap outta cancer and her hubby wanted to mark the joyous occasion … with an awesome  Ferrari.

We got the “Real Housewives of Orange County” star leaving Fred Segal in L.A. Saturday and she had reason to celebrate big time … it’s the 1-year anniversary since beating breast cancer!!! She underwent double mastectomy last year to prevent cancer from spreading in her right breast.

And to mark the occasion … Peggy’s husband, Diko, surprised the hell outta her with the awesome whip. Congrats!

RELATED: Fired! Peggy Sulahian Not Invited Back To ‘RHOC’ After Clashing With Costars